Information technology is a relatively new market and development area, compared to other areas such as medicine or marketing itself that have existed for centuries or even millennia. Today, let's get to know the history of SaaS business models, which began in the 60s, becoming more and more present in everyone's lives.

Revolutionary for the time, it made the old model of physical software and its own products basically obsolete, even the game industry has already transformed itself to be part of the SaaS market with Microsoft's Xbox Game Pass, the main representative and dominant of the old model of the software.

Software as a Service

In case you are not familiar with this name, SaaS (Software as a Service) is a business model in which software delivers its tools and functions through the cloud so that they are accessed by users around the world over the Internet. It is not the only model that uses the cloud as a differentiator, there are also platforms as a service (PaaS) and infrastructure as a service (IaaS).

In the current scenario, everybody uses at least one SaaS: Facebook, Google, TikTok, among others.

It all started in 1965, at that time everything that had to do with computers and data processing was extremely expensive and inaccessible. A simple computer with 2MB of RAM cost around $9 million and required a lot of physical space to exist in addition to the costs of teams that exceed 60 people to load the instructions on the computer and the air conditioning to keep it active and without processing losses.

That same year, IBM launched a service that made its computers available so that large companies such as banks and organizations such as the US government had enough processing power to process all the data they needed, reducing the cost needed to keep these operations active. .

In the following decades, from the 1970s to the 1980s, technology achieved an incredible feat: the cheapening of personal computers (PCs) and with the increasing accessibility of these new work tools, the market as a whole started to recover. It finally became feasible to provide each employee of a company with their own computer with their hard drive and local applications to increase productivity.

If in the past decade it was absurdly expensive to process data, which led several huge organizations to outsource this service, in the following decades the computer became accessible not only because of its price but also because of its reduced size and the new graphical interfaces that were introduced. Thus, it became more advantageous for companies to have their own work tools in their assets than to rent from other companies.

At that time, the change from the SaaS model to an individual “ownership” model was consolidated, and despite the appearance of a movement that was totally contrary to what had existed before, this movement was the beginning of what would be the entire future infrastructure for the SaaS market to explode in the market future and to become what he is today.

The more computers, the more processing power and more storage, and the more people had access and could learn to use them correctly, the productivity and the amount of data created and collected for future analyzes that would expand and feed what we know today as algorithms.

The great increments of this time are not restricted to the changes and prices and sizes of computers, several innovations that have become true revolutions and market standards were also born and popularized in this historical moment of information technology. One of the most emblematic examples is the creation of the mouse by the Xerox Corporation in 1981, an accessory to facilitate and speed up the handling of devices that would be popularized later by Big Tech Apple.

Despite the decrease in costs to produce and acquire a computer, the evolution and complexity of software increased above the rate of growth of power and storage that physical computers could achieve, and an increasingly distant gap in demand for data processing and storage of these data was growing.

This turned the lives of the employees who formed the IT teams into a real war, with battle after battle, to manage the systems and personal applications of employees in precarious work environments and with inefficient networks at their disposal.

A direct consequence of the technological developments that made operating systems bigger while hard disks did not increase in size at the same rate, creating a problem of having many applications on several PCs without all the space used.

Here the first LANs (Local Area Network) appear, the objective was to host applications with critical data kept on a local server, with local machines. Considered the beginning of cloud computing, at this time IT teams began to settle in companies and become necessary if the organization wanted to grow and expand.

The rise and boom of dot-coms

In order to solve all the various problems related to the IT area in the late 1980s, the market returned to consider the SaaS model of operation to finally eliminate all the wasted time. Provided by companies on discs, the software was sold through paid licenses according to the level of access to technical support and functionality he wanted to purchase, including a limited amount of updates in this package.

The security in knowing that needs and problems would be solved by this new software, companies bought and found themselves facing new disadvantages: contracts were visibly restrictive, functionalities packages were made with practices that made the buyer have to pay the highest price available and with each software update, the fees were exorbitant.

It was a revolution that would forever change how we use computers (later video game consoles, smartphones, and even home appliances), cloud-based solutions had their first base in scale to thrive. In 1994, Daniel Kohn carried out the first secure online credit card financial transaction, protocols such as the Secure Sockets Layer (SLL) introduced by Netscape navigator allowed the first encrypted data transmissions over the internet and some of the first SaaS sites that would evolve into becoming the world's largest companies were born like Amazon in 1995.

It is undeniable to say that the first company with a fully SaaS business model is the superstar SalesForce, launched in 1999, its CRM (Customer Relationship Management) platform, is the first completely built from scratch to provide a SaaS solution. Its exponential growth showed all the power that this market could reach in a short time, and SalesForce became the most valuable SaaS company ever founded in history up to that point.

Supported by improved internet connection systems, it was no longer necessary to buy physical products on disks or pay often abusive fees for updates, the waiting time to download these updates was completely eradicated, and the price charged by the subscription model was extremely attractive.

It's impossible for a person with internet access to say that they have never used any SaaS of any kind, today all markets mainly focused on productivity and entertainment are all based on this business model, and it is clear that not all of them charge a subscription, in fact, the products most accessed and used by users are not even paid as Google or Instagram.

Huge buy-in has forced several tech giants to change their business model or at least deliver a SaaS version of their products such as Oracle and Adobe. With the market passing the staggering $140 billion mark in the year 2022.

Evidently, the future is for SaaS products, all the giants are already in the period of adaptation for all areas, the games industry for example, which has always benefited from the model of selling software on physical disks, is gradually changing with the pressure put on by Microsoft's Xbox Game Pass, the same happened with the arrival of Netflix's streaming system and the rise of Youtube that has decimated competition from the old rental companies (which at this point no longer exist) and TV operators.

The very emergence of AWS (Amazon Web Service) lowers the cost of building and marketing a SaaS product at a price that any developer at home with a simple computer and internet access can have a successful product, creating some trends that are expanding over the years.

AIs have virtualized several tasks that were previously restricted to humans, technology is promoting the facilitation and reduction of the costs of these tasks, and it is a strong trend in the current SaaS scenario, we can offer Chatbots as an example, delivering a more agile experience to the customer, fast, efficient, and without him noticing or feeling ignored because there isn't a human being on the other side of the chat to serve him.

Another trend is the integration between tools, removing the need for a SaaS product to have all the functionality that the user needs, APIs continue to play an important role to provide additional integrations with third-party applications.

Elevating all the power of the tool and making it possible to increase productivity without spending time building tools that are “more of the same” and with usability that is inferior to those already on the market.

With all the new technologies being incorporated with AI and Machine learning, the future of SaaS solutions will transform the relationship that professions generate wealth and knowledge, as well as changing the forms of entertainment made possible by them. 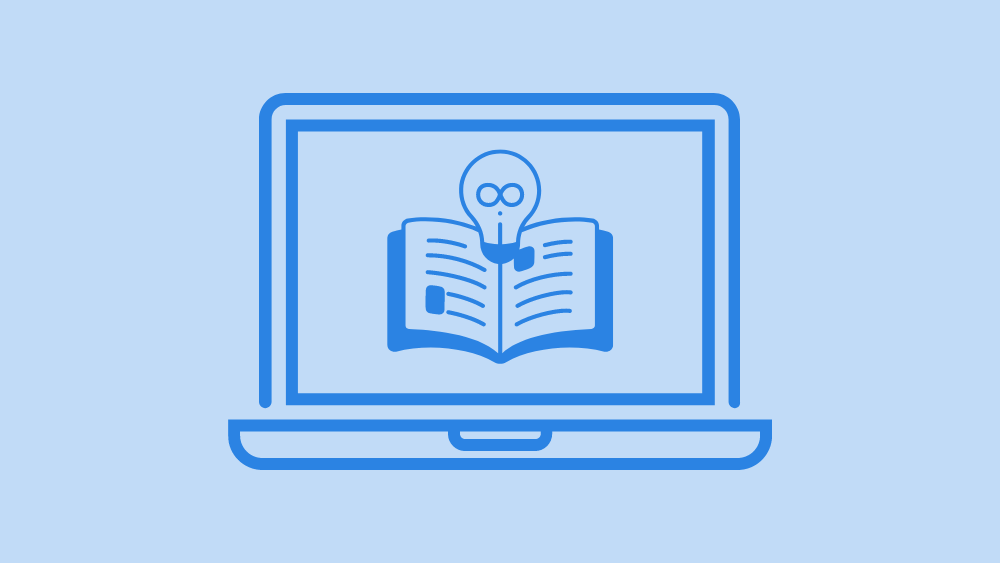 Learn to design an effective product education that will bring your product to life and revenue!

Are you thinking of joining the SaaS world or have you entered a business? Come and discover how to have a successful career in the area! 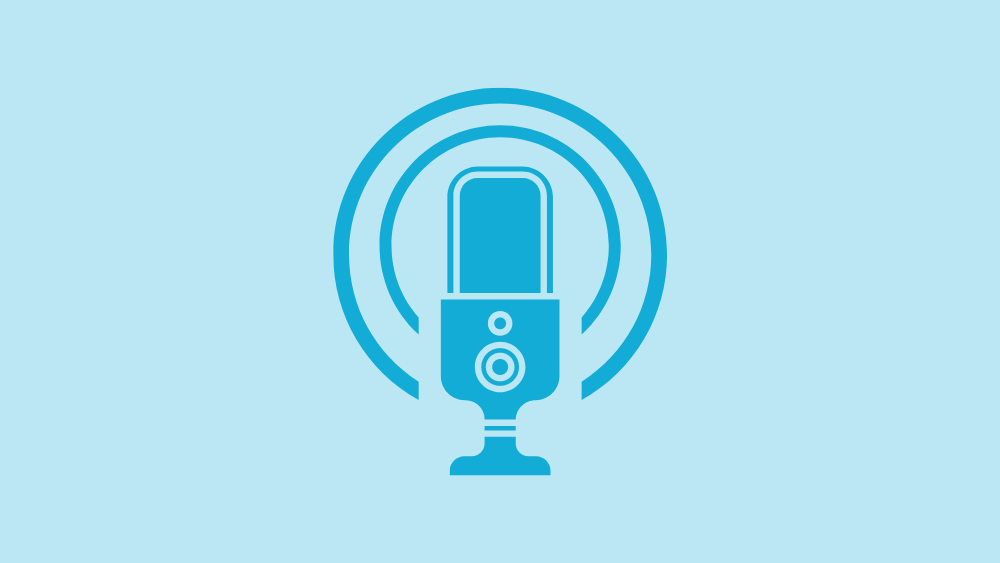 Find out about the best SaaS podcasts for your SaaS business here!